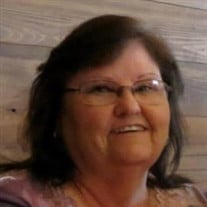 Mrs. Mary Ann Jarman, age 68, of Lake Cormorant, MS, went to be with Jesus on Sunday, January 9, 2022, after a short illness. Mrs. Mary Ann was born on July 4, 1953 and was the daughter of Sam and Eula Mathews. Mrs. Mary Ann graduated from Lee... View Obituary & Service Information

The family of Mrs. Mary Ann Jarman created this Life Tributes page to make it easy to share your memories.

Send flowers to the Jarman family.