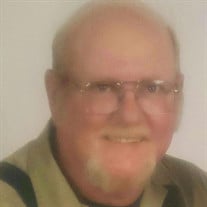 Mr. Michael L. Vondran, Sr., age 68, went to be with the Lord at his home on Friday, February 19, 2021 after a short illness. Born June 7, 1952, he was the son of Herman and Geraldine Bramel Vondran. On October 25, 1969 he married the love of his life, Diane (Goings) Vondran – whom survives him. He was retired from the Forrest City Post Office where he was a maintenance supervisor for twenty-five years. Mr. Vondran will fondly be remembered as someone who loved to scrap metal, garden, visit with the elderly in the nursing homes and helping others. He was a lifelong resident of Arkansas, spending his early years in Wheatley, later settling and making his home in Moro, Arkansas. He was preceded in death by his parents; one brother Donald L. Vondran in 2018 and one sister Joan Hubbard. Survivors include his wife, Diane, of the home; two sons: Michael L. Vondran, Jr. and wife Tressia of Jonesboro, AR; Mitchell L. Vondran and wife Lonibeth of Moro, AR; one brother Larry Jo Johnston and wife Donna of Cabot, AR and six grandchildren: Faith, Meckenzie, Seth, Dallas, Callie and Caden. Graveside Services are scheduled for Thursday morning, February 25, 2021 at 10:00 am at Johnson Cemetery in Wheatley, AR. Flowers may be sent to Heirloom Funeral Services at 99 W. Main St. in Marianna, AR. In lieu of flowers, the family requests that memorials be made to the Johnson Cemetery Care Fund in care of Mrs. Louise Miller in memory of Mr. Vondran. The mailing address for the cemetery is P.O Box 107, Wheatley, AR 72392. Memorials may also be made to Prospect Cemetery, Moro, Arkansas in care of Farron Hamilton, 310 Little Rock St., Wheatley, AR 72392.

The family of Mr. Michael L Vondran Sr. created this Life Tributes page to make it easy to share your memories.

Send flowers to the Vondran family.